Take A Closer Look at Our Lineup 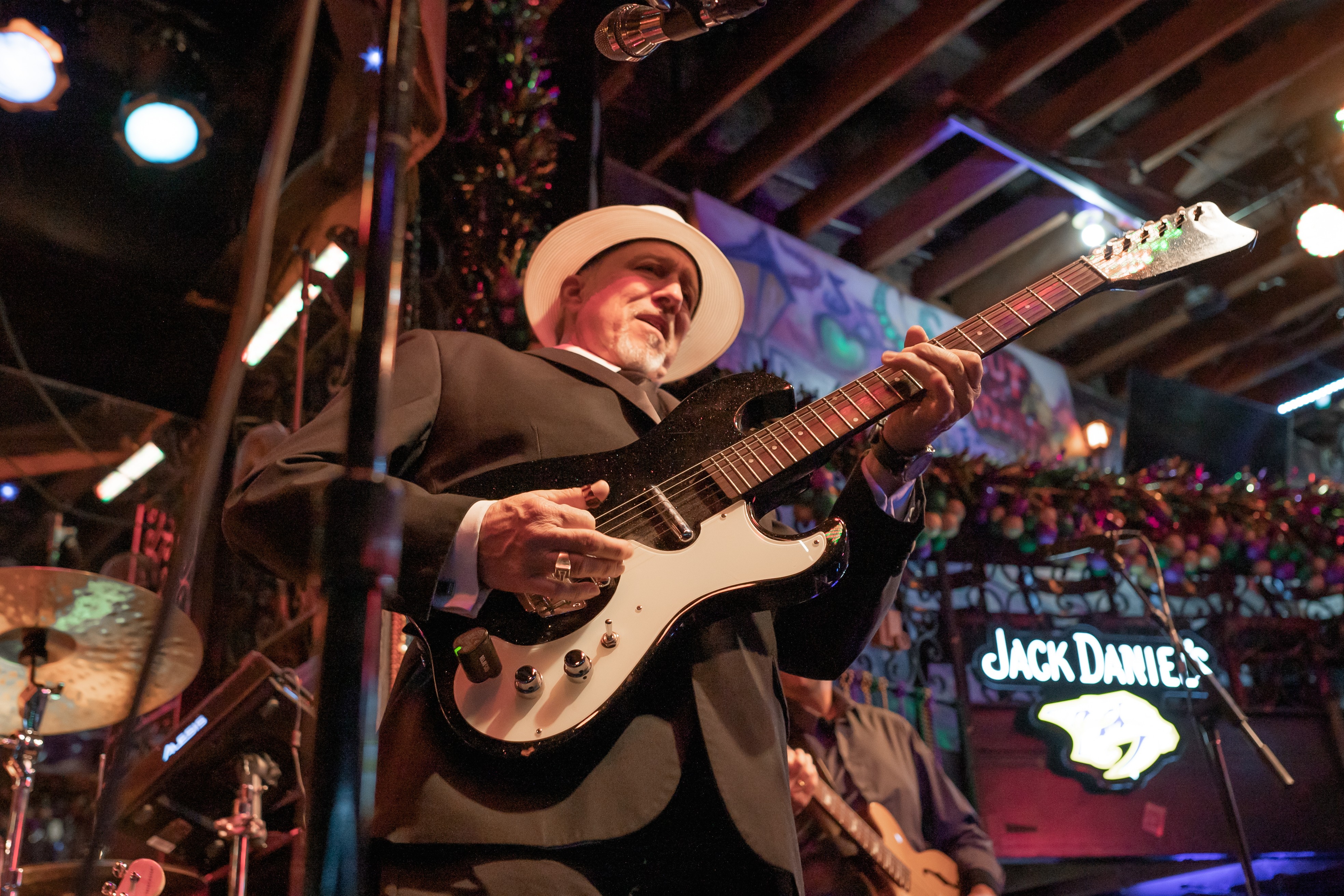 Who’s onstage at Bourbon Street every week? We make it our mission to always bring the very best that local music has to offer right to our audience, and in addition to our great ambiance and delicious food, the heart of Bourbon Street has always been the blues in our namesake. You’ve heard some of the amazing tunes; now find out more about the amazing careers behind the people entertaining you every week.

A local favorite around Bourbon Street, the Stacy Mitchhart Band has been entertaining Nashville audiences for decades, and nationwide audiences for even longer. Stacy himself has been in Nashville for over 25 years and is aware of the irony that he is in Nashville doing the most “non-Nashville” music in the downtown area. “I’ve lived in Los Angeles and New York and made a good living, but I’ve played with cats here that I wouldn’t have been able to (play with) anyplace else.” He mentions James Brown and Keb’ Mo’ among those legendary, once-of-a-lifetime moments onstage.

Since taking up residency in Nashville, the Stacy Mitchhart Band has become quite a local favorite, pulling in new local fans and folks just passing through alike. Although the blues are the bread and butter for the Stacy Mitchhart Band, they pride themselves for their incorporations of R&B, gospel, and jazz. Every night with the group is just a little different — you never know what flavor you’re going to get.

Other local favorite acts like Gil Gann and Loose Lips (formerly known as Fish On) infuse every evening with plenty of excitement, too, keeping some of the edgy energy of Printers Alley and matching it to the modern atmosphere that this part of Nashville has become. The Printers Alley strip has been a “nightclub” district since the 1940s; it was even known as a “dirty little secret” for a while, catering to the city’s elite in all forms of drink and debauchery. Slowly but surely, the area transformed into something known more as a hideaway for musicians, whether cutting their teeth or seeking a rapt audience. Acts like Paul McCartney and Jimi Hendrix were known to appear on the intimate stages.

Bourbon Street Blues & Boogie Bar has continued those traditions for more than twenty-five years now, continuing to act as a haven for local favorites and legends alike.