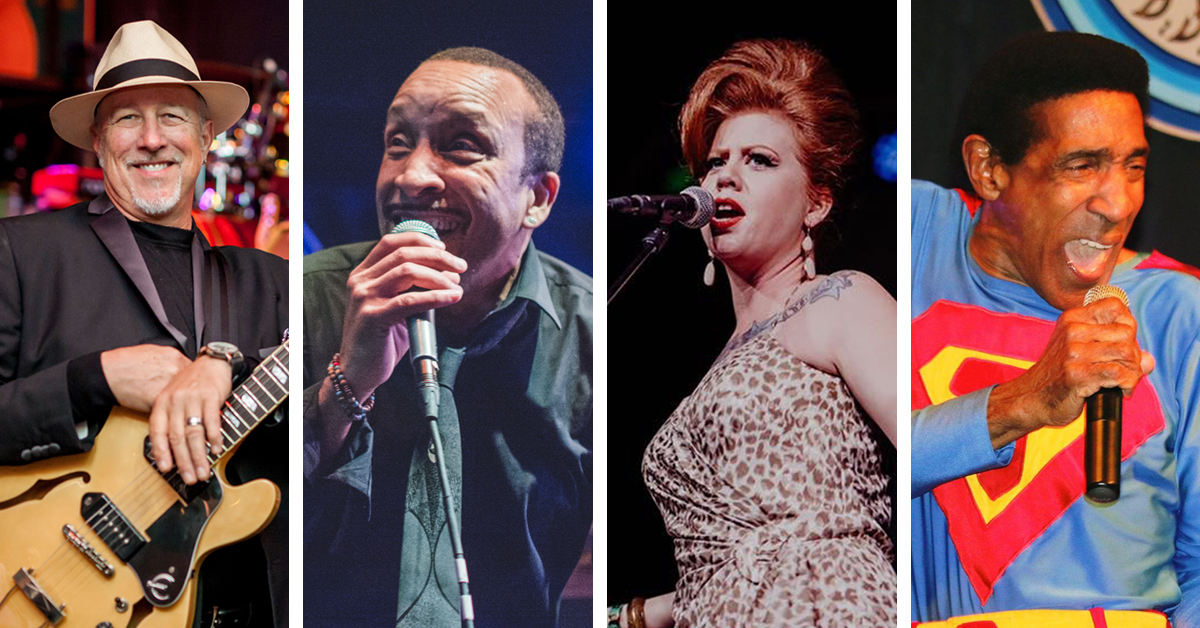 Live music has always been at the heart of our nightly Mardi Gras in Printer’s Alley! As we celebrate Bourbon Street’s 25th anniversary, we’re both remembering the legendary artists who have graced our stage over the years (including Rufus Thomas, Koko Taylor, and legend has it, James Brown) and highlighting the incredible musicians performing now. Continue reading to learn more about our current lineup. 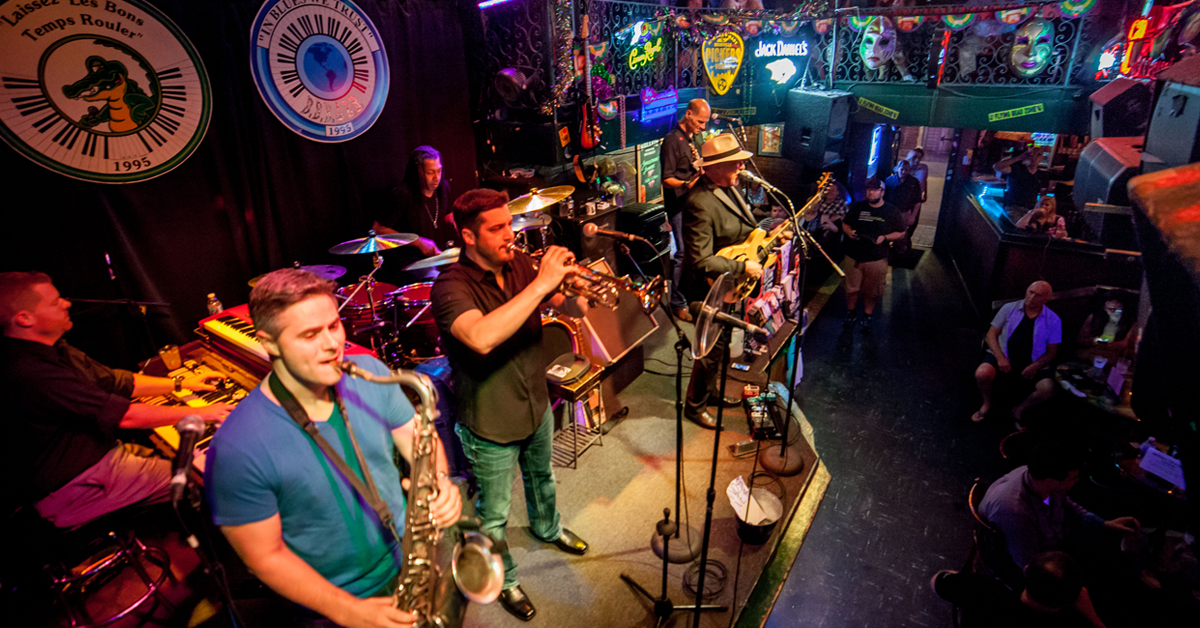 We’re extremely proud that Grammy-nominated Stacy Mitchhart, winner of the Blues Foundation’s ‘Albert King Most Promising Guitarist’ award, calls Bourbon Street home. Born in the suburbs of Cincinnati, he was inspired by greats of different genres like B.B. King, Sam Cooke, Wes Montgomery, and Carlos Santana - helping him evolve his blues, Latin, and jazz-influenced style. When not in residence in Printer’s Alley or touring sold-out venues around the world, Stacy spends his time recording and innovating his one-of-a-kind sound. 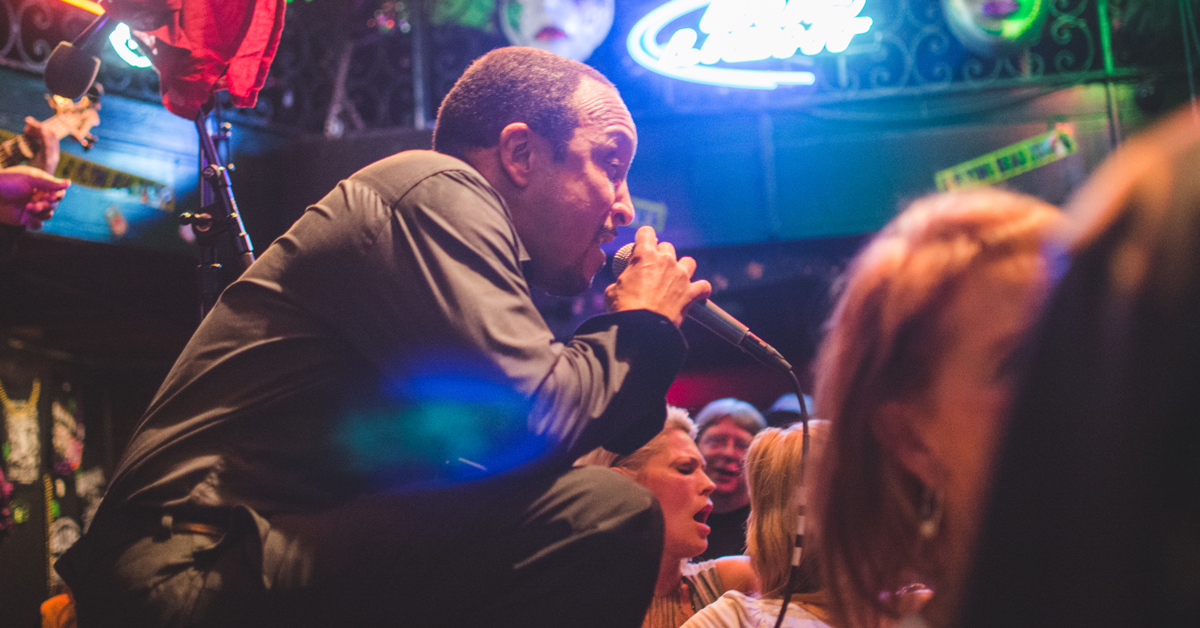 Since 2011, Bizz and Everyday People have brought their unique mix of gospel, R&B, and pop to Music City and the greater South. Founded by Wendell “Bizz” Bigsby-Church (son of Nashville legend Jimmy Church) and Katrice Donaldson (who has sung with Yolonda Adams and Kirk Franklin), the group adds their own, soulful take to hits from Adele, Marvin Gaye, Neil Diamond, Lynyrd Skynyrd, and the B-52’s. Sound like your jam? You can book your table for their next performance now! 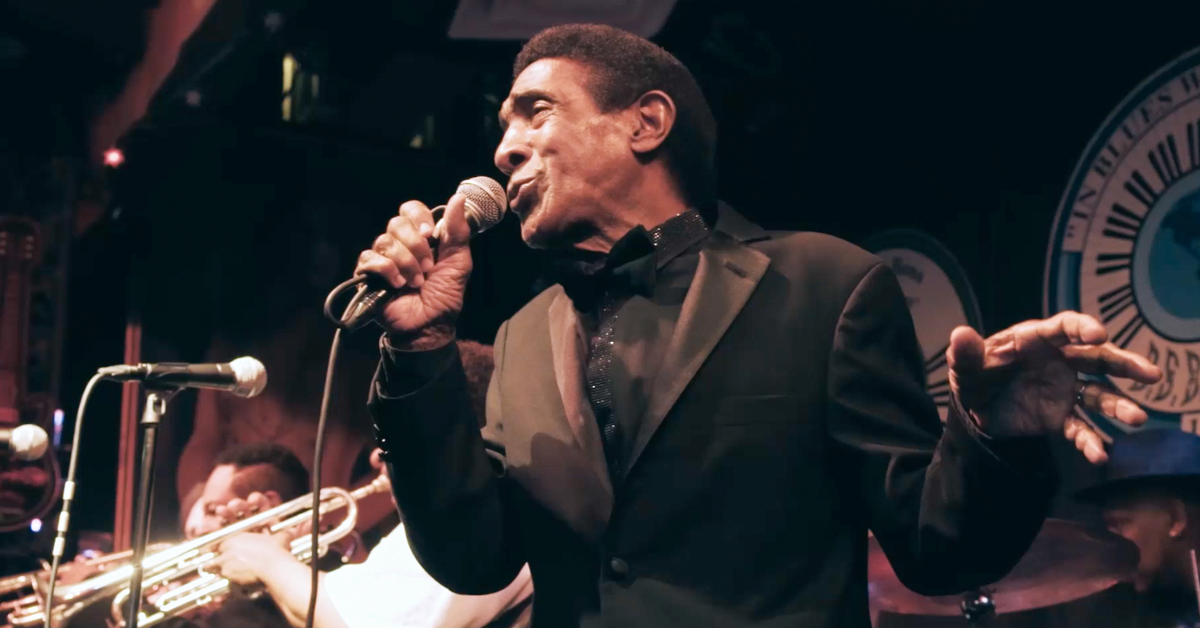 A legend in his own right, mild-mannered Tyrone Smith has been transforming into crowd-pleasing “Super T” for over 40 years. Nationally featured on The Today Show, Good Morning America, Entertainment Tonight, and even Jenna Bush’s wedding reception, he is one of the hardest working performers in show business, bringing the house down with Motown, funk, and classic rock hits. Catch Super T and his twelve-piece band on our stage when he flies in every month! 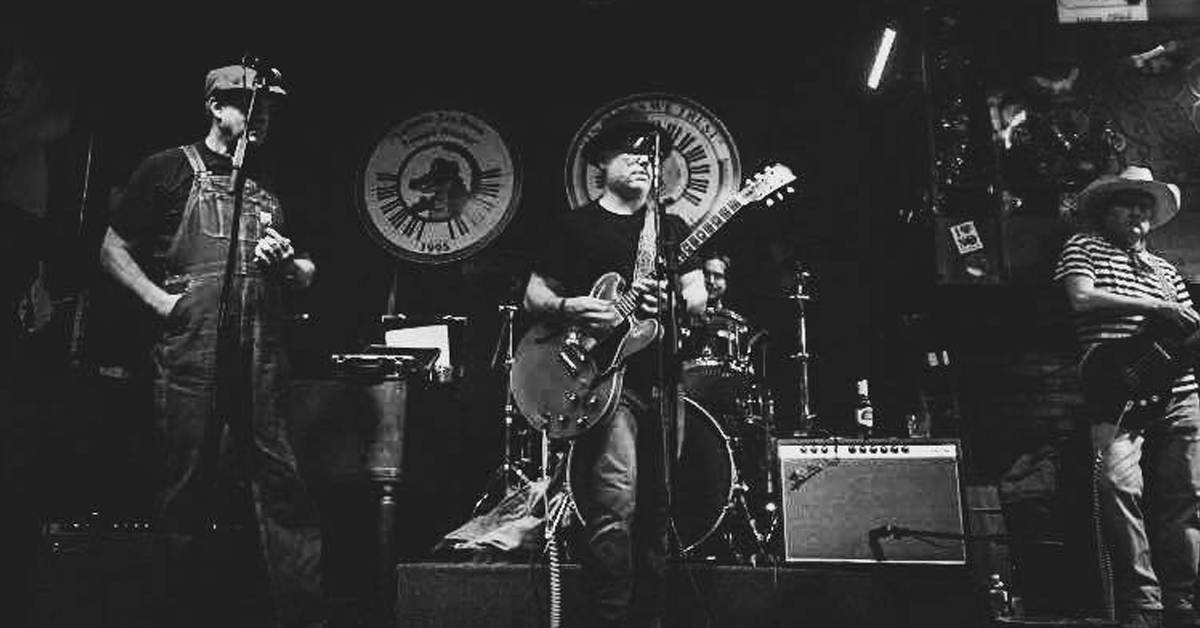 Nashville’s own Super Honk was formed from a mutual love of the blues by "Smoking" Joe Collier (harmonica/vocals), "Hondo" Josh Cobb (drums), "Pappy" Brent Little (bass/vocals) and "Pistol" Pete Mroz (guitar/vocals). Playing everything from Muddy Waters to Robert Johnson, the boys will have you up on your feet and “shakin’ what your momma gave you!” Check out our calendar to see when they’ll be performing next. 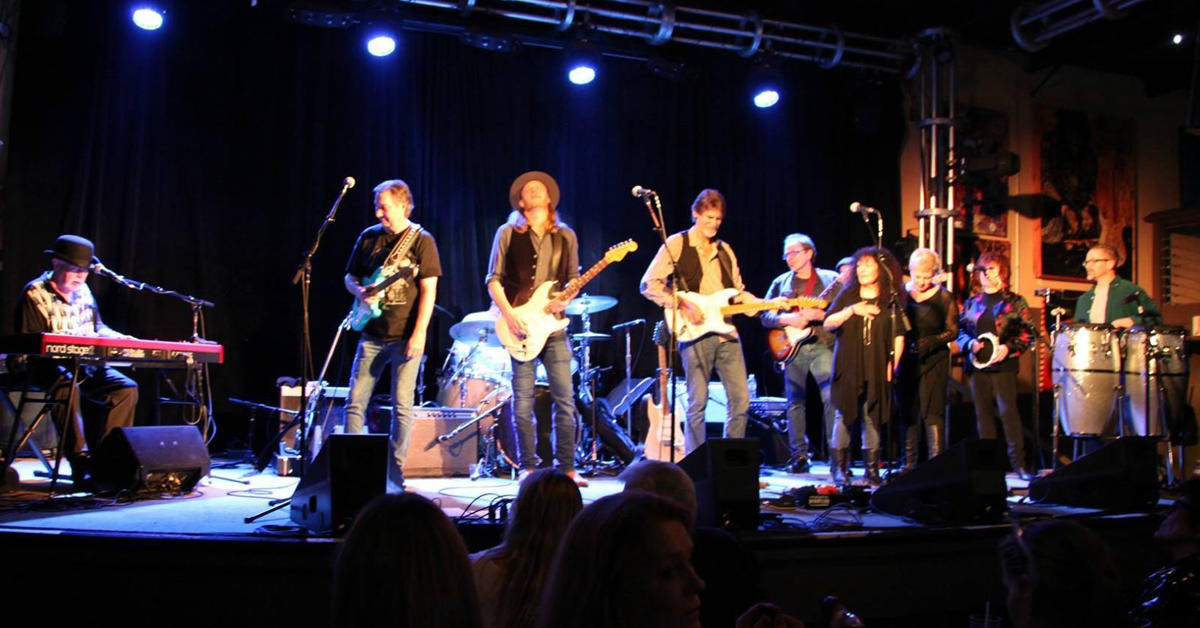 Bringing more of a progressive flavor to the blues, Big Shoes Band mixes traditional sound with seasonings of the Allman Brothers Band, Bonnie Raitt, and Neville Brothers.  Nominated for Downbeat Magazine’s ‘Best Blues Album,’ its members include Nashville Hall of Fame-inductee Will McFarlane, Warner Brothers’ session musician Rick Huckaby, and others who have recorded with Van Morrison, Ronnie Milsap, Lee Roy Parnell, and more. Whatever your musical taste, their unique recipe of talent is sure to satisfy. 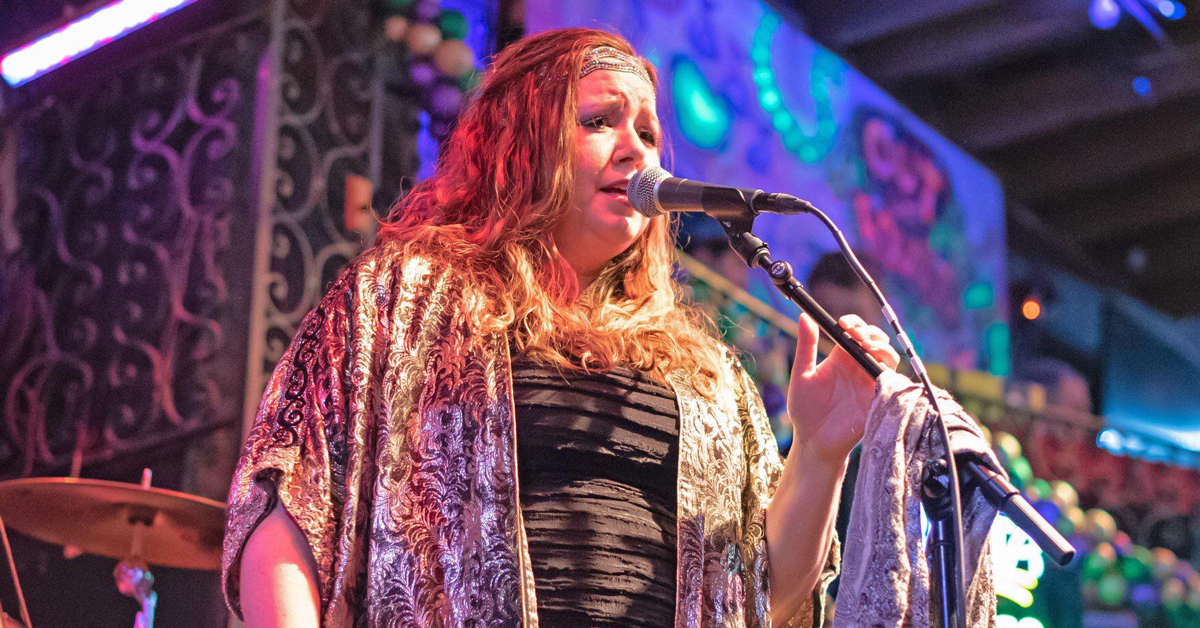 A veteran of the Nashville music scene, Angela Easley’s story begins in a Mississippi church, where she first learned how to sing with soul. She quickly built a career with her trademark, bayou-sultry voice, performing on the Grand Ol Opry stage and recording popular LPs. Angela’s original songs, rooted in traditional, southern rock, and passionate covers make her sets can’t-miss events on our upcoming calendar. 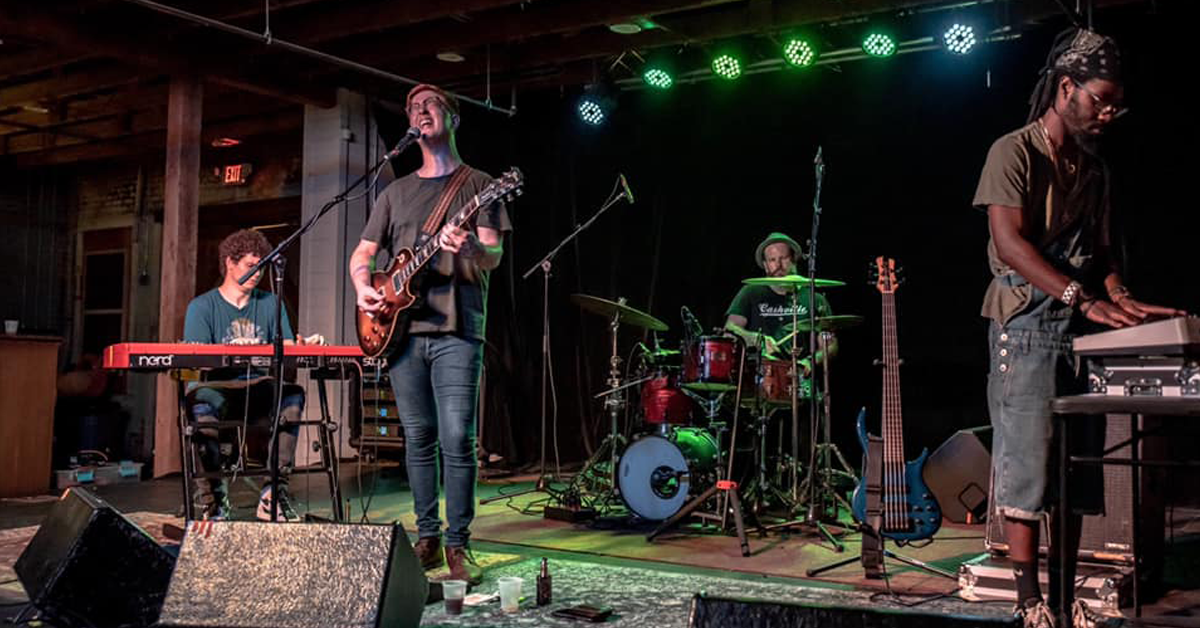 Straight from America’s Got Talent, Lamont Landers Band first gained popularity after a video of him performing Ray Charles’ “Hit The Road Jack” went viral on YouTube. Now with more than 3 million views, he and his four-piece band have taken the Southeast and web by storm, playing their own mix of funk, pop, and R&B. You’ll love their take on Bill Withers, Amy Whinehouse, and Gnarls Barkley favorites during their next feature on our stage.

We’re always letting the good times roll at Bourbon Street, with live music every day on our iconic stage, happy hour from 11:00 - 7:00 ($1 off all of our local cocktails and drafts, BOGO wells, and more), and the best Cajun cooking east of NOLA. Now that you know a little more about some of our favorites, click to explore this week’s calendar of award-winning performers.