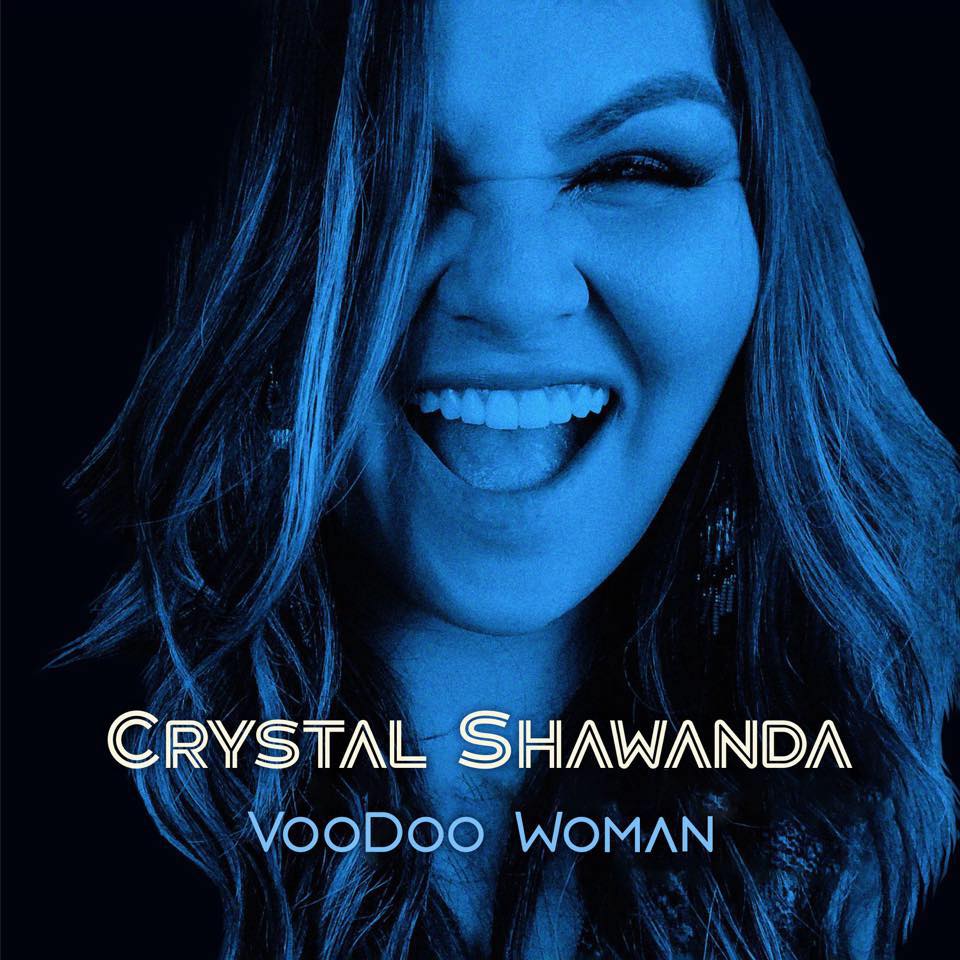 Crystal Shawanda grew up on the Wikwemikong Reserve, on an Island in Canada. Her Parents raised her on country music, and taught her to sing, and play guitar, and it was her oldest brother who introduced her to the blues. He would hang out in the basement cranking Muddy Waters, B.B.King, and Etta James, and Crystal would sit at the top of the stairs, straining to hear the soulful sounds, wandering if she could sing like that? and when no one was home, Crystal would practice singing the blues.

Shawanda learned early on as a kid by observing her family, music was like a form of cheap therapy, which was was what the blues was all about, it was a release, it was healing. While she was secretly listening to Blues mama's, out on stage it was Patsy, and Loretta!

She started singing on stage when she was 6, and getting paid gigs when she was 10, and instantly playing every stage she could, including touring with a theatre company when she was 9. Crystal's dad was a truck driver, and they started taking frequent trips to Nashville when she was 12. She recorded her first album there when she was 13, and moved away from home that same year to attend a music school. However she got restless and at 16 she dropped out of school, and moved to Nashville! She didn't know a soul but was determined, and spent days playing where she could, and busking in between.

It was at a chance meeting with a well respected music executive Crystal was told "I just don't know if Native Americans make sense in country music, I don't know if fans would be receptive, and I wouldn't even know how to market you". Crystal tried to take the critique with composure, but would end up moving back home to give up on her dream. She set out on a dark path, but no matter what found herself back on the stage. She finally came to terms with what she was dealing with "if I was out of tune I could take voice lessons, if my song was bad, I could write another, but I couldn't change the color of my skin".

So Crystal moved back one more time with a mission, with a purpose. She paid her dues playing at Tootsie's Orchid lounge 6 days a week, 3 shifts a day, and managed to build up a buzz and landed a production deal with Scott Hendricks. She was later signed to a record deal with RCA records by Joe Galante after hearing Crystal cover B.B.King and Janis Joplin, and without hesitation she jumped at the chance of a lifetime. Her album was released in stores internationally, and this produced a top 20 song on the American billboard chart, and the highest selling album by a Native American in BDS history, the CCMA Female artist of the year, a Canadian Radio music award for best solo artist (country), and many others. She than released one more country album that produced a Juno award, a top 20 hit in Canada, and the opportunity to perform for millions in New York city for the Macy's thanksgiving day parade, televised internationally.

As the format of country music started to change Crystal found the feedback to be a resounding "your too bluesy", and this had her chasing her sound "I so wanted to be what everyone wanted me to be, I lost myself along the way". So while Shawanda was in the studio working on her third country album, she decided to abandon the project and take some time off. Than one day while watching the news and feeling overwhelmed by the headlines she wrote "The whole worlds got the blues", and this was the inspiration to her first blues album. It was a modern take on the blues, but obviously deep rooted, with heart wrenching laments, and wild rump shakers. It's where the north meets the south, and captures the resilience of the human spirit, much like the way Crystal does. The album garnered a Juno nomination, and received mixed reviews, with moderate airplay, but it opened a whole new world to her.

During this time some of the feedback was that Crystal was a country music artist, and couldn't know the blues. This had her feeling like a fish out of water, like she didn't fit in anywhere, and that was the inspiration behind her second blues album "Fish out of water". A mix of blues, and soulful roots, it was released in October 2016, and was nominated for a Juno award, and has received some of the best reviews from the critics since her debut album.

The following year Shawanda had her first baby girl in February 2017, and was back on the road by April, performing at blues festivals, country music festivals, multi genre festivals, making her mark as a multi genre artist, but absolutely a bonafide blues mama. With that Crystal did a pre soft release on her latest album "Voo doo woman" a live off the floor recording, covering 6 songs from some of her heroes that led her to the blues, as well as a few songs that show the influence they had on her. Produced once again by Crystal and her long time guitarist, and husband Dewayne Strobel, they wanted it to be raw and real, and to have the energy they exude out on stage, so these are one take vocals, with a baby on her hip the whole time! This album is a declaration, an affirmation "make no mistake, Crystal Shawanda is a blues singer" she is fierce, she is fearless, her vocals powerful and she always lands where she means to, always doing it her way. She is staking her claim, and although Shawanda is no new comer on the music scene, she is seemingly at the best she's ever been, hitting a whole new stride.

Crystal is currently getting ready for the official worldwide release of "Voo doo woman" , and will be back on the road this summer/fall, and is already looking ahead and currently in the studio working on another blues album, a children's album, and an Aboriginal album.

Crystal Shawanda is a soulful little powerhouse, and will make you feel every word. With a voice that's not like anyone you've ever heard, it's pure and precise, yet gritty and gutsy at the same time. Her high energy show will make you dance, sing, laugh, and cry, so do yourself a favor, and see if she's singing anywhere near you!