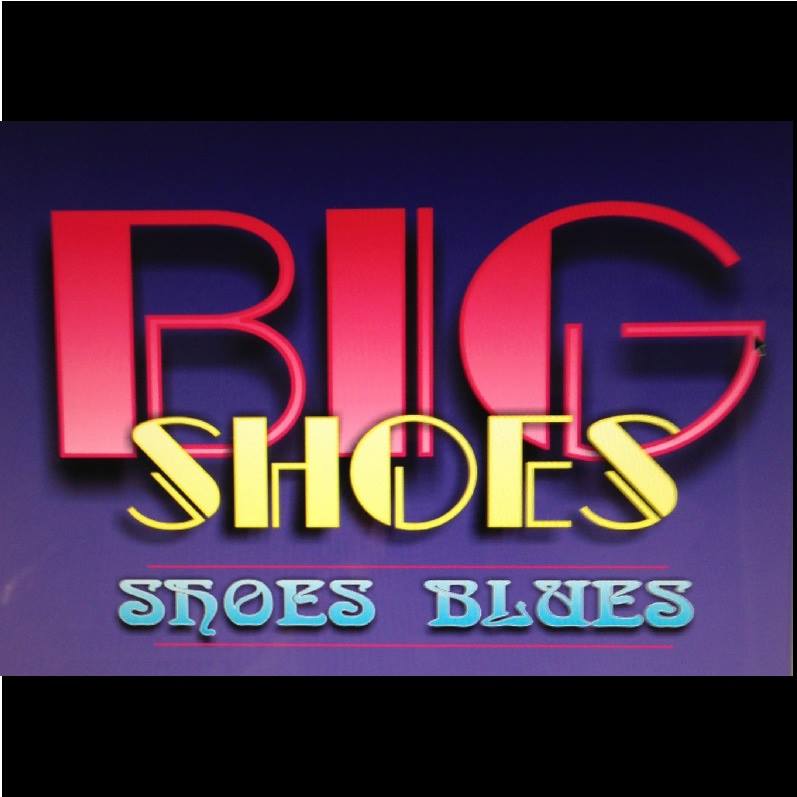 Big Shoes is a Nashville Tennessee based "progressive" blues band who incorporates traditional blues influences like B.B King and Ray Charles along with tastes of The Allman Brothers' Band, Bonnie Raitt and the Neville Brothers into their originals/cover song format. Big Shoes was originally formed as a "tribute project" to recreate the early music of the 1970's band Little Feat. As the band's following grew it became clear that it was important to carve out a unique identity. That was a fun and impressive journey that has culminated in release of their first album, "Shoes Blues" and most recently the critically acclaimed "Step On It!" album, scheduled for release February 23rd, 2018.
Big Shoes members have played and recorded with Bonnie Raitt, Van Morrison, Delbert McClinton, Taj Mahal, Etta James, Bobby Blue Bland and many other blues oriented pop artists. Keyboardist, Mark T. Jordan, was a band member on the Van Morrison classis album "Tupelo Honey", Bonnie Raitt's "Road Tested" live CD and scores of other albums that can only be classified as "music history.' Guitarist Will McFarlane has contributed to albums by Levon Helm, Joss Stone, Bonnie Raitt and Bobby "Blue" Bland. Will resides in Muscle Shoals, AL and is in constant demand with the Muscle Shoals rhythm section, aka, "The Swampers." Big Shoes lead singer, Rick Huckaby is an "in demand" session singer on Nashville's Music Row after being on the Warner Brothers, Nashville artist roster for 4 years. The credentials go on and on for the members of Big Shoes. The combination of talents is impeccable.
Band Members
Rick Huckaby - Vocals, acoustic guitar.
Rick is a successful Nashville songwriter, support musician and recording artist. He has had numerous songs that he has written recorded by major label artists. Rick was signed to a major Nashville record label as an artist. He now heads his own record label and writes daily for himself and other artists. He is truly a major label quality vocalist and interprets Big Shoes' material with soul and conviction.
Will McFarlane - Vocals, slide and electric guitar.
Will commutes to Nashville from Muscle Shoals Alabama. He was recently inducted into the Musician's Hall of Fame in Nashville. He has played on records for Bobby Blue Bland, Little Milton and Etta James to name only a few. He was also a musical partner with Bonnie Raitt for 6 years.
Mark T. Jordan - Keyboards, vocals.
As pianist, Hammond organist, singer/songwriter and arranger, Mark Jordan is a page in American pop culture, having toured and recorded with Van Morrison, Bonnie Raitt, Jackson Browne, Boz Scaggs, Edgar Winter, and Lyle Lovett.
Tom Szell - Bass guitar, vocals.
Tom’s most recent artist support gig was with guitar virtuoso, Robben Ford. He is soft-spoken about his outstanding journeyman bass playing but highly regarded in the competitive Nashville music scene.
Kenne Cramer - Electric and slide electric guitar, vocals.
Kenne has toured or recorded with Ronnie Milsap, Lee Roy Parnell,T. Graham Brown, and Dr. Hook. He is also known for his great blues-rock guitar, backing T. Graham and former Little Feat vocalist Shaun Murphy.
Andy Peake - Drums, vocals.
As a resident of the Nashville music scene for 30 years, Andy’s touring credits with blues influenced artists Lee Roy Parnell and Delbert McClinton have fueled his love of the blues infused music including inspirations like lIttle Feat and Bonnie Raitt. Andy Peake recruited and coordinated Big Shoes. He engineered and produced both the "Shoe Blues" and the "Step On It" albums for the band.
Bryan Brock - Percussion
Class of 1995 music performance major at the reknowned University of North Texas School of Music, Bryan was an in-demand session and live percussionist/drummer in greater Los Angeles for years before moving to Nashville. Credits in LA included Dr. Dre and Frankie Valli. He quickly went to work in Nashville with a score of latin percussion projects in addition to his work with Big Shoes. He is a proud endorser of Meinl percussion instruments.