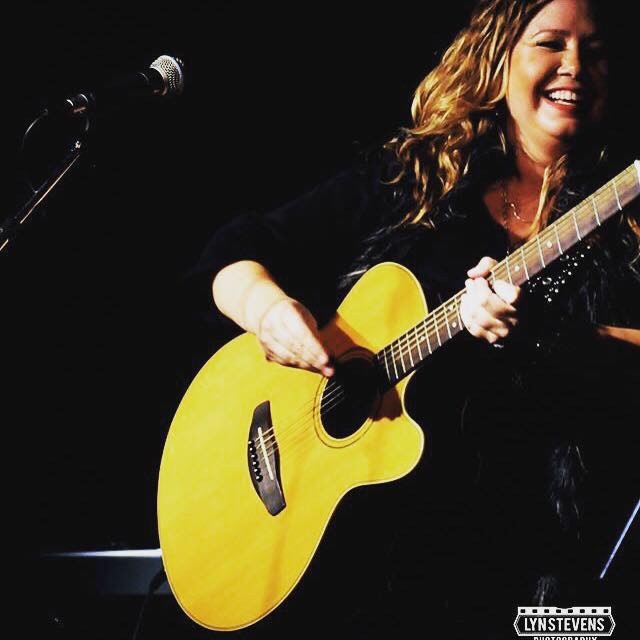 Angela Easley has the voice of the bayou-sultry, spicy, and full of soul. Angela released her latest single "I'm Breathin" (Ryan's Song) with all proceeds benefiting "Donate Life America"; a song written in memory of her cousin who was an organ donor. Each time she walks on the stage, her audiences are transported to a steamy cypress grove on a Mississippi summer night.
In the tradition of all good southern stories, Angela’s begins on a Sunday morning singing in her church. At only 8 years old, she was the little girl with a big smile and an even bigger voice. When she was just 13, Angela traveled to Nashville for the first time to record her first two songs on a promotional EP that started her down the road to becoming a professional singer/songwriter. Back home in Mississippi, a local songwriter heard her voice and brought her back to Nashville the following year to record “Country Angel”, an LP of original songs. That same year, Angela was awarded an opportunity to perform in a talent competition on the Grand Ole Opry stage, and her love affair with the Music City was born.
In 1995, Angela became the youngest member and front-woman for the band Bayou Lagniappe. (For those of us without a working Cajun vocabulary, lagniappe [lan-yap] means “a little something extra”). Their LP, “Country Rockin’” became a regional hit, and not only sold many copies at each show, but also received regional airplay, and a spot in local Tower Record stores in their ‘Lousiana’ section. Advertisers for Mountain Dew took notice, and Bayou Lagniappe recorded a radio jingle for the company that same year.
In 1998, Angela began travelling to Nashville to begin recording her 10 song LP ‘Driver’s Seat’, while collaborating with other Nashville songwriters. Over the next two years, Angela frequently made the journey to Nashville, and in 2000, ‘Driver’s Seat’ was finally completed. As production of the album came to a close, Angela was just getting warmed up. Over the next few years, she and her band played some of the largest casinos in the southeast, and also wrote and recorded another radio jingle, this time for Oreck Vacuums. The jingle received national airplay.
Nashville continued beckoning to Angela, and in 2003 she decided to move to the Music City. The Angela Easley Band quickly became a fixture of the Nashville music scene. Angela performs and host shows at the prestigious Listening Room Cafe, also Puckett's Grocery Downtown Nashville. She has shared a stage at 3rd and Lindsley with the Wootens, represented New Orleans alongside NFL Saints player Kyle Turley at Benchmark, and has been featured weekly at other nightspots including The Full Moon Saloon, The Fiddle and Steel Guitar Bar, Paradise Park, and more.
Since moving to Nashville, Angela has worked hard to hone her musical skills, and grow as an artist. Now a veteran musician in the Nashville music scene, Angela devotes herself to improving her vocal prowess through voice training with respected Nashville vocal coach Janet Kenyon, spending hours playing her guitar and writing lyrics, and listening to other up and coming artists to broaden her perspective. In 2009, Angela recorded an EP which included a cover of ‘House of the Rising Sun’, which has become one of her signature songs, and showcases her sultry vocal style. In Christmas of 2011, Angela recorded a holiday single, ‘Mary Did You Know’ in the St. John Missionary Baptist church with the music arrangement of Walter Scott, and they continue to collaborate musically. She is currently working on her fourth independent EP with Nashville music producer Walter Scott, to be released in 2015. This new album, being recorded in both Nashville and her beloved New Orleans promises to be filled with infectiously singable tunes rooted in the blues, rock, country and soul of the Deep South.
Travel will be key in 2015, as Angela arranges shows throughout the southeast. She is planning her second independent music video after successfully releasing her first video, for her song, “Time”, in 2012.
Angela’s love for music is an all-encompassing passion that has driven her life, and will only grow more powerful as she grows as an artist.